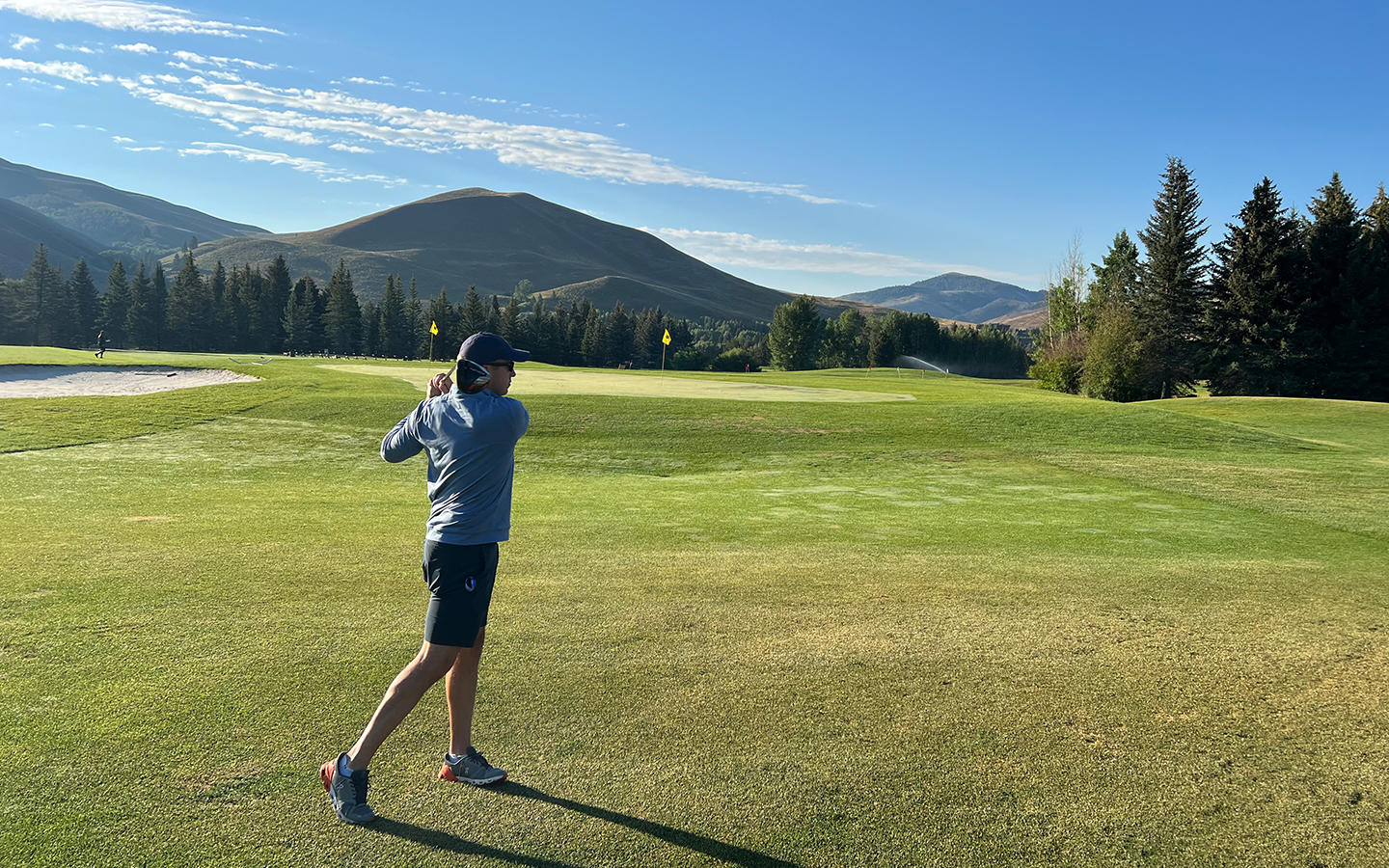 Back in the game
Research makes better cancer care—like chemotherapy from home and less drastic surgery—possible.

Blake Hastings went into the clinic for an MRI of his foot for what he was sure was a broken bone. But sitting in the exam room alone, the then-37-year-old received the news he never expected to get: he had cancer. It was likely Ewing sarcoma, a type of cancer of the bones or the soft tissue around them.

Hastings immediately started Googling—“which was the worst thing I could have done,” he says. He saw one number he couldn’t shake: a 50% chance of survival. He couldn’t fathom how he could possibly break the news to his wife, Carey, or their four children.

“I think the medical care is as important as providing that hope for someone, a family, that there is an end zone.”

A family friend at his diagnosing clinic made a call that would change Hastings’ life. Six hours later, Blake and Carey met with M Health Fairview orthopaedic surgeon Denis Clohisy, M.D., a member of the renowned Masonic Cancer Center, University of Minnesota.

Clohisy, medical oncologist Keith Skubitz, M.D., and their M Health Fairview colleagues drew up a treatment plan for Hastings that would entail 14 rounds of chemotherapy—delivered primarily at home—and eventually surgery.

Clohisy didn’t want to make an amputation plan just yet, though when Hastings sought a second opinion elsewhere, he was told that he’d spend every other week in the hospital for a year during chemotherapy and that his leg would likely be amputated below the knee. 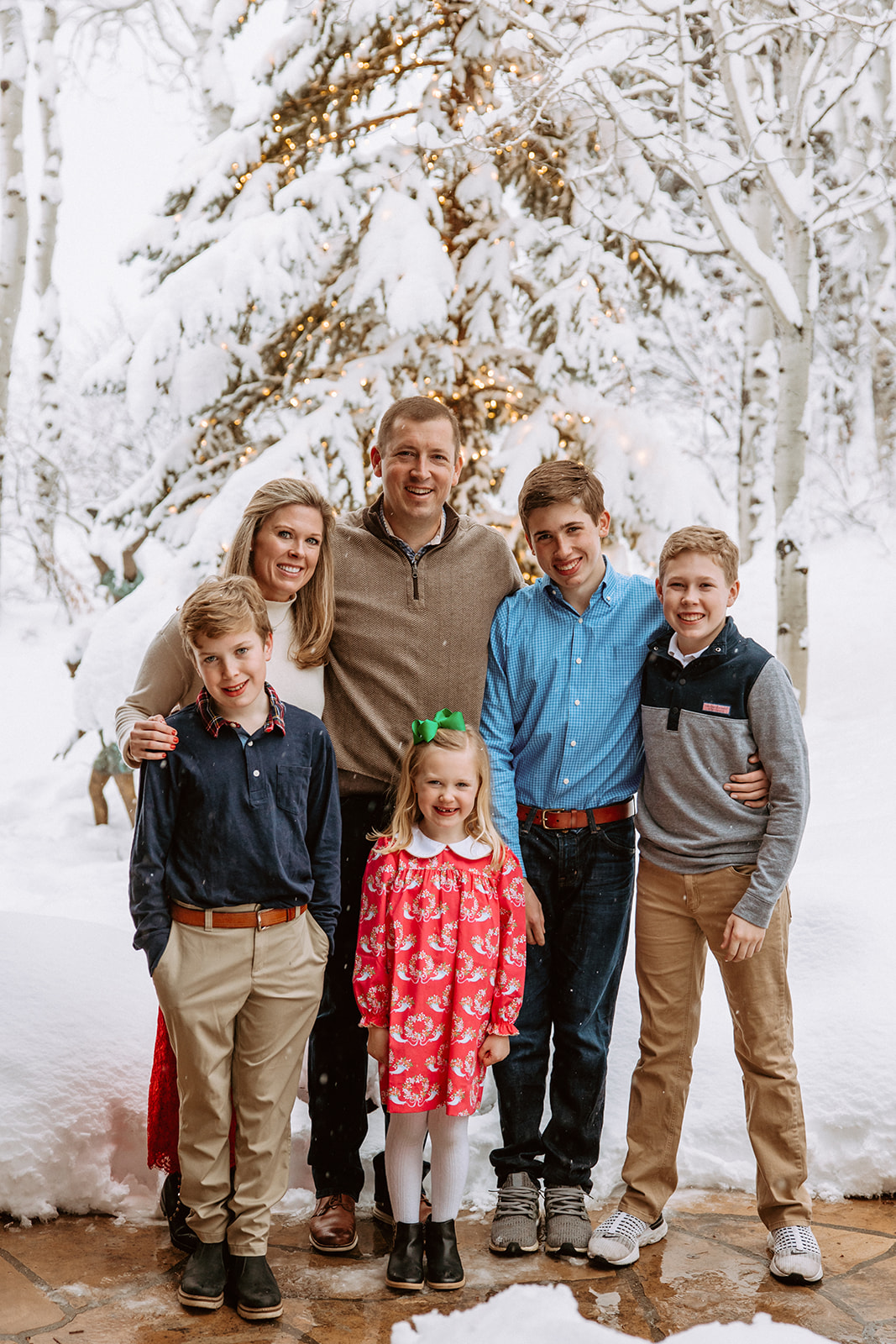 Carey and Blake Hastings with their children (from left: Charlie, Molly, Patrick, and Colin)

“When it comes to Ewing sarcoma, it’s really premature to advise amputation until we’ve seen the effect of the chemotherapy,” Clohisy says. “In most cases, it shrinks the tumor and therefore results in a surgical treatment that’s less debilitating than one might have thought at the beginning.”

Hastings spent a grueling nine months in treatment—but at home. For weeks at a time, he’d barely leave his bed. He spent about 15 days in the hospital total.

“It was such a blessing to have him here at home,” Carey Hastings says. “The kids didn’t miss a beat. It was a very difficult time, but it could have been so much worse.”

In the end, Blake Hastings was able to keep his leg, losing only part of his foot. And now, five years later, the Hastingses couldn’t be happier about Blake’s recovery.

“The [M Health Fairview] team really managed the care of the person and the health of the person,” Blake Hastings says. “I think the medical care is as important as providing that hope for someone, a family, that there is an end zone.”

Financial support from donors allows the Masonic Cancer Center to conduct the life-changing research that allows more people like Hastings not only to survive but thrive.

Today Hastings spends his time golfing, skiing, hunting, fishing, and playing basketball with his family—and bragging that he can still beat his kids at any of these activities, even with only nine toes.

“What they’re doing at the U is incredible,” Hastings says. “The more dollars that go toward cancer [research], the more lives will be saved. It’s that simple.”

For some people, an active COVID-19 infection is only the beginning of a winding road back to ‘normal’

Help is on the way