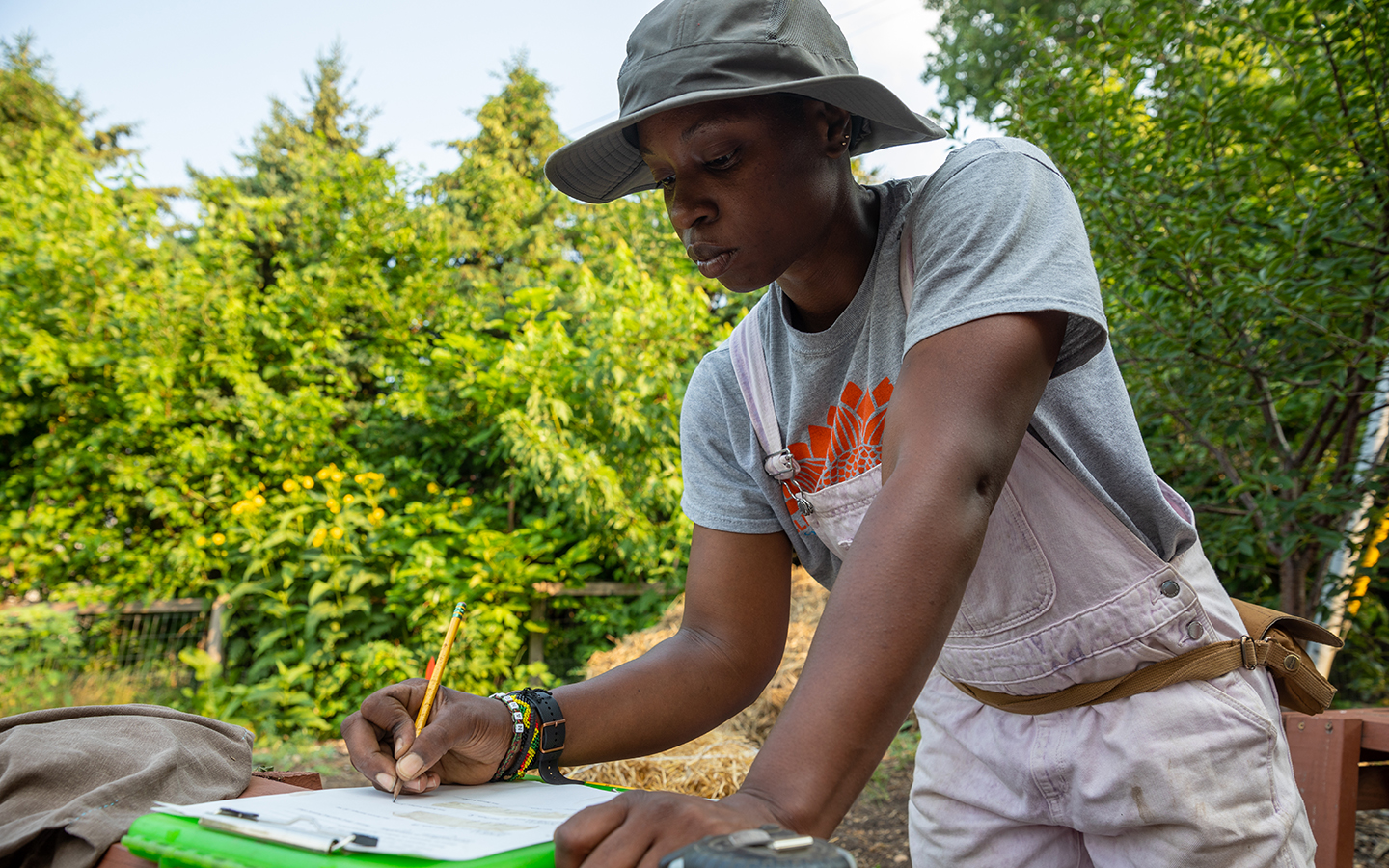 Sowing seeds of change
The U of M’s Tiffany LaShae is healing the soil and the historical trauma of a racist food system.
By Aimee L. Gillespie

“One of the most radical and revolutionary things you can do is grow your own food and eat from the land,” says Tiffany LaShae, a master’s student in the U of M’s Graduate Program in Land and Atmospheric Science. A vegetable farmer, food justice activist, and soil health educator, LaShae is empowering farmers of color and their allies.

In February, she and her U of M colleagues led a day-long Farmers Against Racism workshop for attendees of the Midwest Organic and Sustainable Education Service (MOSES) Organic Farming Conference in LaCrosse, Wisconsin.

LaShae has worked with MOSES to support the success of Black, Indigenous, and people of color (BIPOC) through their farmer advancement initiative. She also hosted a podcast called In Her Boots, highlighting the work of women and the BIPOC community in agriculture. According to LaShae, “MOSES is really trying to do the difficult work” of antiracism in an industry that still has room for improvement.

Boots on the ground

Originally from Texas, LaShae’s roots in food and farming were born out of the realization that her family and community were experiencing nutrition-related diseases. They did not have easy access to fresh vegetables. “The majority of the people around me were suffering… and at the time I didn't know why,” she says.

LaShae uses the term “food apartheid,” rather than “food desert,” to describe the setting. “This is an area on the south side of Dallas that was redlined,” she explains. The effects of redlining, a discriminatory and oppressive lending and urban planning policy in place in 1930s through 1960s, are still felt today; proximity to grocery stores is one such effect.

Making the connection between heath, nutrition, and growing food was a pivotal moment for LaShae: “That's when the light switch was flipped, and I discovered all of the things that are associated with healthy foods in our communities.” She got involved with urban farming and community gardens, which led to organizations advocating for food and climate justice. She spent the next decade developing her skills as a vegetable farmer and found community with Black farmers, educators, and activists.

When the growing seasons ended in the United States, LaShae spent winters in Africa, partnering with non-profit organizations to support farmers in rural villages. She traveled to Mozambique, Ethiopia, Malawi, and Uganda, where farmers had to adapt to the effects of climate change. “The soil was heavily eroded. There was no topsoil. Oftentimes there was deforestation, so there was no buffer,” she says. “That sparked my interest in soil health, and specifically farmer perception of soil health and land management.”

While working as the farm manager of Frogtown Farm in St. Paul, LaShae met Nic Jelinski, a soil scientist and faculty member in the U of M’s Department of Soil, Water, and Climate. According to LaShae, Jelinski “shares this passion of going beyond the quantitative aspects of soil, looking deeper into relationships and connections between communities and soil.”

Under his mentorship, LaShae, who received the Dr. C. William Zanner fellowship, began working towards her master’s degree last year. She plans to explore the connections between farmer knowledge, practice, and soil health, with a focus on Black farmers across the United States.

Instead of growing food to sell at market, this year she is focusing on seed production, growing crops that are culturally important to the Black community with roots in Africa, including collard greens, okra, and yams. LaShae plans to continue leading antiracism workshops for the agricultural and higher education communities. “We all should be equipped with the knowledge of our agricultural history and learn how to not continue the exploitation,” she says. 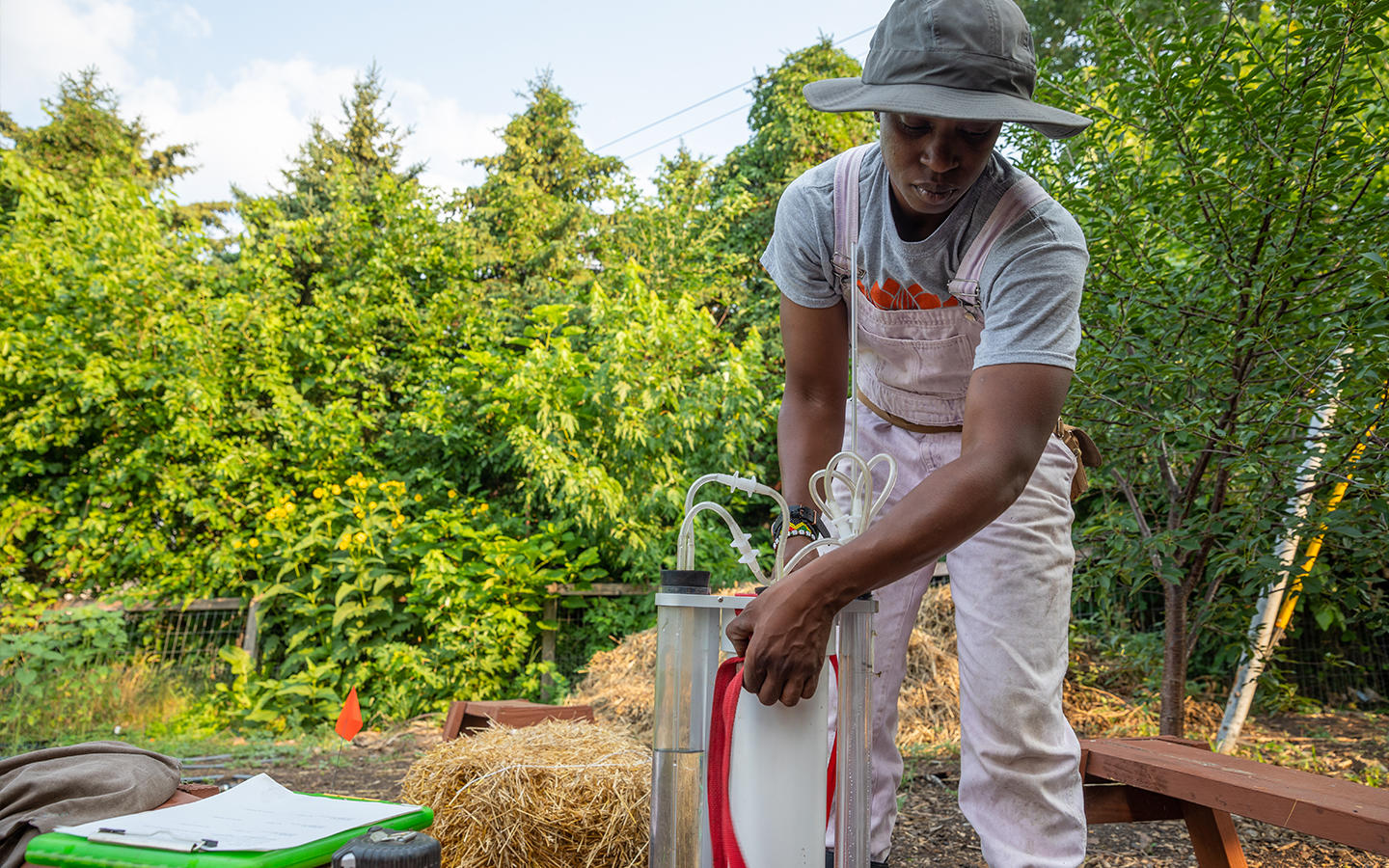 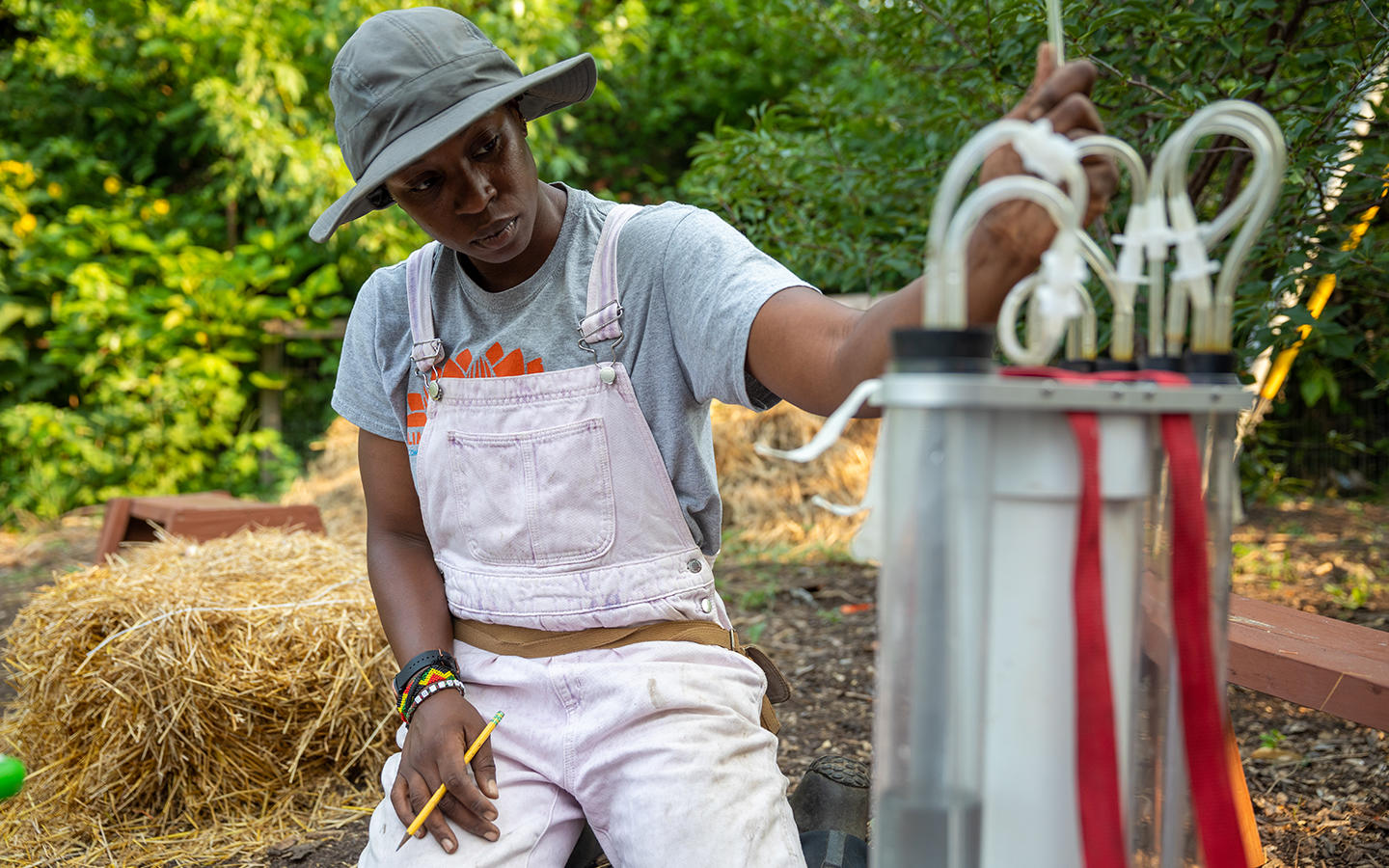 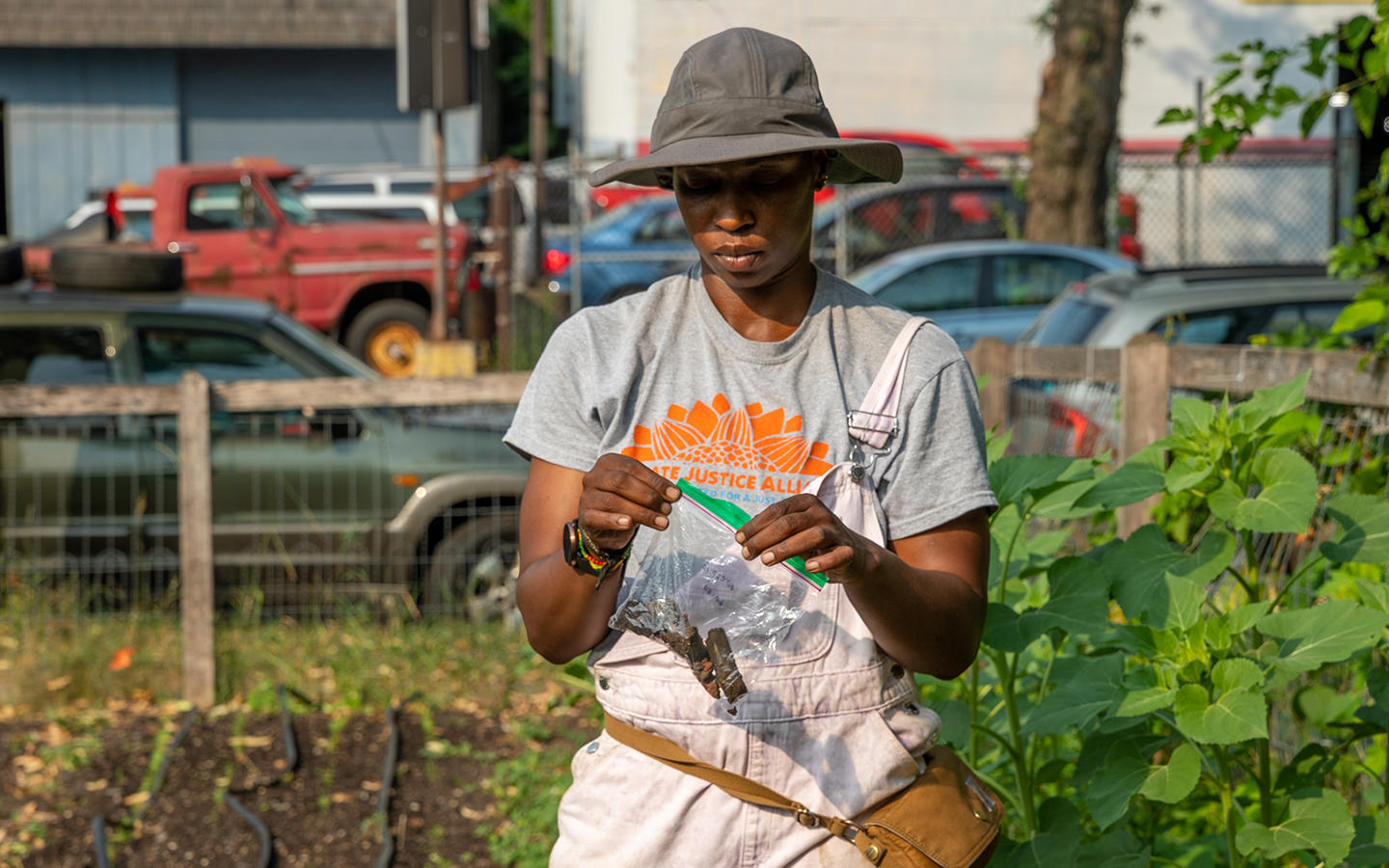 A U of M study suggests wakesurf boats should be operated at greater distances from the shore than typical recreational boats.